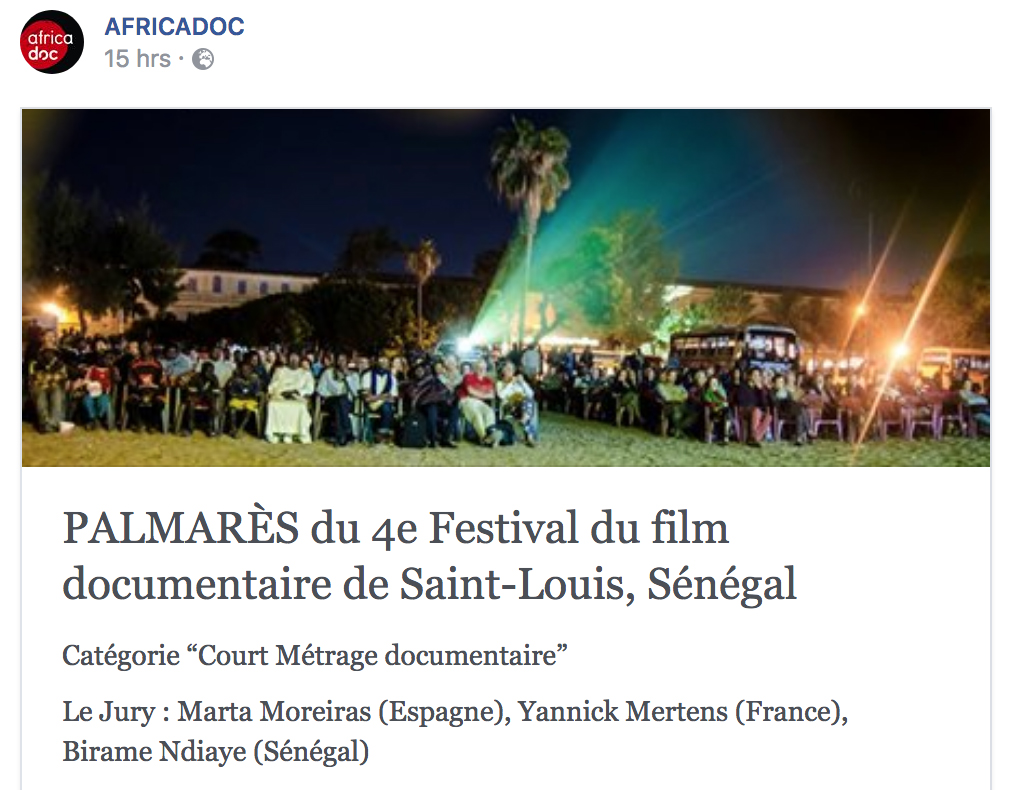 It was an immense honor to attend the IV Festival du Film Documentaire in St Louis last week as a member of the jury for the shortfilms in competition along with my colleagues Yannick Mertens (France) and Birame Diop (Senegal).

I had the opportunity to see in open air screenings along St Louis a long list of documentaries that have been produced and shot in Africa in 2017. Lots of great films are coming up!